Google Mobilegeddon: Everything You Need To Know

Home » Google Mobilegeddon: Everything You Need To Know

Back in 2015 I’d been in SEO for just over a year, and until that point it was all about writing as much content as possible.

Stick the text somewhere on the page, get your keywords in, stuff your metadata and BOOM! There’s your rankings.

One day the Head of SEO sat the team down and said, with a glum expression on his face; “things will have to change”. There’d been a Google algorithm update, he explained, which would rip apart the very fabric of the industry. SEO as we knew it was dead.

It was Mobilegeddon, and it was big news. Even the BBC ran a story on it. SEO on the BBC!

Mobilegeddon was a Google algorithm update implemented in April 2015 which aimed to favour sites which were mobile-friendly and optimised for User Experience (UX) on mobile.

The use of mobile friendliness as a ranking signal was extended and given more weight.

Changes only applied to mobile search results and supposedly affected individual pages rather than websites as a whole. Pages were deemed either mobile friendly or mobile unfriendly, with no sliding scale of mobile friendliness or an equivalent of the mobile Lighthouse score that we see today.

It was a prelude to Google’s later switch to mobile first indexing.

The name Mobilegeddon, by the way, wasn’t an official moniker delivered by Google to strike fear into their subjects. It was coined by those in the industry who feared an approaching decimation of their rankings as a result of the update.

So what actually happened?

What was the response to Mobilegeddon?

Those, of course, are the lyrics of Aerosmith’s tear-jerking soundtrack to the 1998 blockbuster Armageddon.

Pretty much sums up the SEO industry’s reaction to Google’s Mobilegeddon update in 2015.

Many rushed and obsessed over every little detail, fearing that their sites would fall into oblivion if they didn’t satisfy the latest update. Lots of site owners put their resources into building a jazzy desktop site but neglected mobile and suddenly found themselves ripping the whole thing up and starting again.

Old school SEOs fretted and foresaw the end to their borderline black-hat techniques which had been so effective for years.

Others just sat back and wondered what all the fuss was about – mainly those that had already built nice responsive mobile sites and catered their on-site content for the mobile user.

What impact did Mobilegeddon have on SEO?

Remember back in 2012 when the Mayan calendar predicted the world would end and then, well, it didn’t?

Not many people actually believed it would happen, but the ensuing uncertainty and the ‘what ifs’ forced many to take stock and get their house in order just in case. That’s sort of what happened with Mobilegeddon.

Studies in the immediate aftermath, like this one from Searchmetrics and this one from Moz, showed that the initial impact of the algorithm update was nowhere near as dramatic as many predicted.

SEOs breathed a little sigh of relief and gave a little ‘meh’ 🤷 shoulder shrug as the predicted catastrophic decimation of their world failed to materialise.

Rankings fluctuated a little bit more than usual, but there was nothing particularly groundbreaking. There were no recognisable patterns of winners and losers that we had seen with previous algorithm updates.

So what was the purpose of Mobilegeddon?

Many in the industry were left scratching their heads and asking this very question when the impact was milder than expected.

Until Mobilegeddon, even some of the biggest sites in the world thought it was perfectly acceptable to server mobile users with desktop content. There was a logic behind it though; the majority of their visitors were still viewing the site on desktop.

Back in 2013, only 16% of all web traffic came through a mobile device. By 2017 – two years after Mobilegeddon – mobile traffic was responsible for more traffic than desktop for the first time ever.

Google saw this change coming, and they needed to prepare us for it.

Beyond mere rankings and search results, Mobilegeddon forced us to reconsider the way we think about the websites we build and who we build them for.

Paradoxically, Google’s Mobile update made us build websites for users, not for Google. It sowed the seeds that allowed a mobile-first mentality to take hold.

In that sense, the update was a masterstroke. Google was never going to drop entire sites from its index because a few buttons were a bit too big. But they made people believe that they would, and the ensuing panic acted as a big kick up the backside for those who had neglected their mobile offering.

Google needed a way to make us all just as obsessed about the user as they are.

Offering a good User Experience based on intent – from search result page through to final action – is now arguably more important in SEO than the on-site optimisation that used to be so effective before Mobilegeddon.

Headers, titles and keywords in your content still provide search engines with all the most important hints they need to rank your site accordingly. But they form part of a more holistic whole in which every element needs equal care and attention to make it work.

With Google announcing the implementation of Mobile First Indexing across the web starting from March 2021, we can now look back on Mobilegeddon as the first warning shot to the web. It shocked us into action and prepared us all for the inevitable transition to Mobile First.

How do I optimise my site for Google’s mobile update?

Well, things have moved on a little since the 2015 update. Mobile first indexing is now applied to new sites and the majority of the existing web (about 70%) has been switched to mobile first already.

That means mobile friendliness is even more crucial that it was following Mobilegeddon.

As we mentioned in the last section, it wasn’t so long ago that some of the most visited sites in their world served desktop content to their mobile visitors. Unless you had the patience of a Cistercian monk, you’d almost certainly get frustrated and leave the site altogether.

Building sites from the outset which scale and display based on screen size and device ensures the best possible user experience across the board.

How many times have you smashed your phone screen in frustration on a packed train because the BBC Sport website wouldn’t refresh the latest football scores? Well even if you’ve never done that, I certainly have.

Nobody likes a slow loading website. With most of our browsing now done on-the-go over temperamental connections, we need sites that are functional and interactive at the click of a finger.

Not only is site speed a ranking factor, but it also affects the bottom line – the longer a site takes the load, the lower the conversion rate tends to be.

Keep your code and imagery lightweight, cut down on plugins and choose a reliable hosting provider to give your site the best chance of loading like lightning.

A lot of ‘best practice’ you might find out there on meta descriptions and page title length is outdated now. They’re based on how SERPs appear on desktop screens.

Be concise with your meta data to ensure that they’re optimised for how search results are displayed on mobile – because there’s nothing worse than a truncated page title or a rambling meta description trailing off into the distance.

Speak to the SEO experts

Our in-house SEO and Technical SEO expertise has years of experience delivering growth for brands of all sizes.

Get in touch with us for a free proposal and tailored SEO audit. 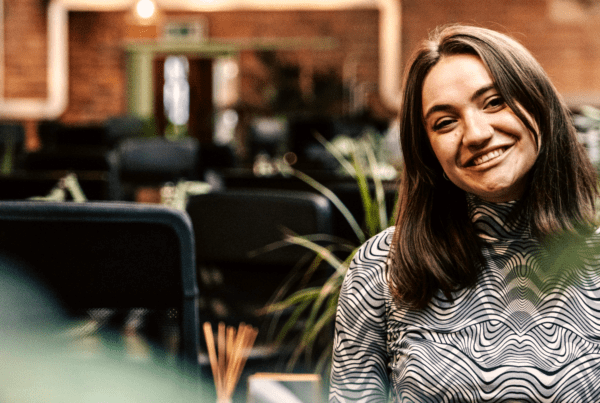